Congratulations to Mike Shannon. What a Wonderful career and a character of the game. His catch phrases and laugh will continue. His replacement will have big shoes to fill. His service to the Cardinals is unparalleled in baseball. After playing for such a long time and to include his fifty year in the radio booth is fantastic! 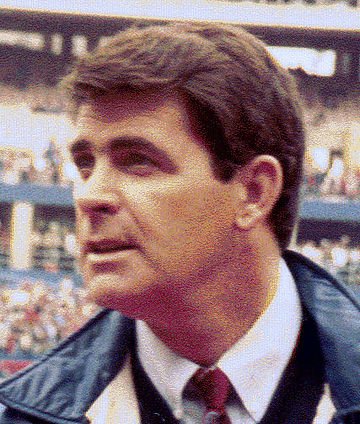 The St. Louis Cardinals  announced a season-long campaign to honor radio broadcaster Mike Shannon throughout his 50th and final season in the broadcast booth. Shannon, who joined the team’s radio broadcast in 1972 after nine seasons playing for the Cardinals and serving one year in the organization’s front office, previously announced his retirement after the 2021 season. Mike is scheduled to call approximately 50 Cardinals home games this season.

“Mike Shannon has served as the voice of the Cardinals on the radio for generations of Cardinals fans and few announcers in the history of baseball have equaled his longevity in the booth,” said Cardinals President Bill DeWitt III. “As he begins his final season behind the microphone, we are honored to congratulate him on his remarkable career and join with all of Cardinal Nation to express our appreciation for what he has meant to baseball in St. Louis.”

The campaign, presented by Budweiser, will feature former Cardinals players and other celebrities congratulating Mike and sharing their own personal stories of the Cardinals Hall of Famer via recorded tributes that will become part of the in-game entertainment at Busch Stadium throughout the season. Mike’s own memories of his career in baseball and his discussions with former teammates, players and broadcasters will also be featured on Cardinals radio broadcasts.

“Budweiser is proud to honor Mike Shannon’s historic career this baseball season,” said Kody Babb, Director of Budweiser Sports. “As a longtime partner with the St. Louis Cardinals, we look forward to hearing Mike in the booth and celebrating his many legendary moments throughout the year.”

The celebration of Shannon’s career will also include a Mike Shannon bobblehead promotional giveaway for fans attending a Cardinals home game later this season (game date to be determined), display cases of Shannon memorabilia from his playing and broadcasting career inside of Cardinals Nation Restaurant, and the launch of a dedicated website for fans to re-live Shannon’s most famous calls and highlights at cardinals.com/shannon50.

After a nine-year career with the Cardinals from 1962-70 and a front office stint as assistant director of promotions and sales in 1971, Shannon—a key player on the Cardinals World Series championship teams in 1964 and 1967 along with the pennant-winning club in 1968—joined Jack Buck in the broadcast booth in 1972. He becomes only the 14th announcer in baseball history to serve as long as 50 years in the booth and only the sixth announcer to log at least 50 years with one team. Shannon’s tenure with the Cardinals is the fourth-longest active tenure among Major League Baseball announcers behind Jamie Jarrín (Dodgers, 1959), Denny Matthews (Royals, 1969) and Bob Uecker (Brewers, 1971).

Part of the Cardinals announcing team for three World Series championship seasons and four other pennant-winning campaigns, Shannon, a St. Louis native, has earned numerous honors for his contributions to the Cardinals, both on the field and behind the microphone. As part of the Cardinals’ television broadcasts, he received a local sports Emmy award for sports broadcasting in 1985. He was inducted into the Missouri Sports Hall of Fame in 1999 and was named Missouri Sportscaster of the Year in 2002, 2003 and 2014 by the National Sportscasters and Sportswriters Association. Mike was inducted into the Cardinals Hall of Fame as part of the inaugural induction class in 2014 and was named a finalist for the Ford C. Frick Award in 2014 and 2020.

About the author– Tom Knuppel has been writing about baseball and sports for a few decades. As an avid St. Louis Cardinals fan he began with the blog CardinalsGM. Tom is a member of the United Cardinals Bloggers and the Baseball Bloggers Alliance. He also maintains the History of Cardinals website and more recently at Baseball Spotlight. More recently he has been busy at KnupSolutions and the primary writer of many sports at KnupSports and adds content at Sports 2.0. Tom is a retired High School English and Speech teacher and has completed over one hundred sportsbook reviews. He also can be followed on Twitter at tknup.